Finding God through the lens of an artist

Wonder Woman has been out for a few weeks now and has been smashing box office records all over the place. My wife and I were blessed to have an impromptu babysitter a couple weeks ago and decided to see what all the hype was about. We were not disappointed. Although I think our culture is saturated with superhero films, Wonder Woman was able to bring enough fresh ideas (and impressive fight scenes) to make the movie a lot of fun to watch. Not to mention the crazy woman-power of a pregnant lady (with a CGI stomach) kicking some serious butt. Look that up, it’s nuts!

Yet, what I was most impressed with wasn’t the storming of No-Man’s Land or the battle on the beach. It was the ultimate message (Spoiler Alert!):

When we first meet Diana Prince (Wonder Woman), she is a child who believes that humanity is an inherently good group that only kills when under the influence of the evil (and uncharacteristically powerful) Ares, god of war. Diana believes it is her duty to destroy the wayward god and allow humanity to return to its peaceful ways. Her calling is to protect people from anything that would get in the way of their innocent state. Everything goes according to plan…until she reaches the real world.

Because, unfortunately, Wonder Woman gives an accurate portrayal of humanity: a mess of beautiful selflessness and horrific destructiveness. Diana comes across the depths of human evil and is, for a time, able to overcome the evil through violence and destruction of her own. However, as the story continues, she realizes that even the “good guys” are not paragons of virtue and are capable of cowardly and unheroic behaviours.

In short, she realizes that humanity does not, in fact, deserve her protection.

But this is where the true beauty of Wonder Woman comes in: Diana realizes that humanity is not worthy of her protection. WE are not worthy of God’s grace. WE have fallen below God’s standard through our own selfishness. Though we are capable of good acts, thoughts, and intentions, we are also capable, each one of us, of unspeakable evil. Put together, we are, as a race, beyond justification.

Yet, we are not beyond salvation. God, in His grace, has given us a way back: belief in Jesus Christ. Jesus’ death on the cross for our sins opened up the door for us to be saved. All we need to access this salvation is to believe in the Son of God.

Now, this isn’t exactly what the creators of Wonder Woman are talking about in their film. BUT, if we tease out our Christian understanding of the Father’s grace further, we see that Wonder Woman’s message bears an even closer resemblance to our faith. 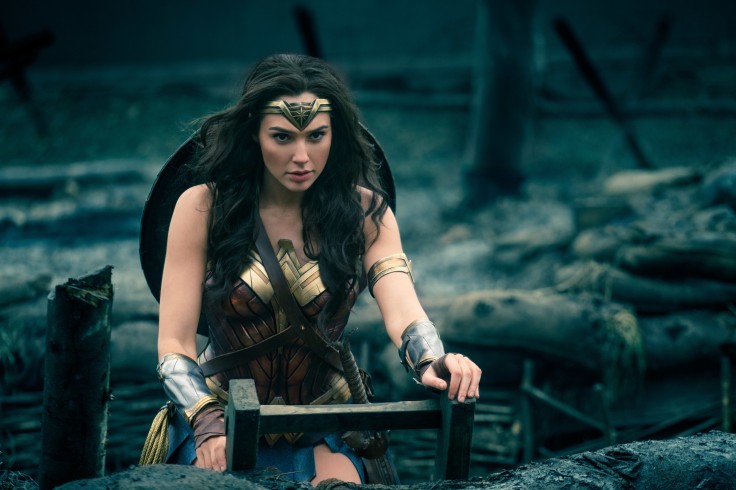 Every day, we are confronted by people who let us down, by people who wrong us, by people who embrace selfishness at the expense of others. When our family frustrates us or our coworkers embarrass us, it can be difficult to offer forgiveness. Worse, when we see especially brutal acts of violence against children or the heinous atrocities of war, we can believe that the perpetrators are WAY beyond redemption. We convince ourselves that those who commit evil (that we believe ourselves to incapable of) have given up their fundamental humanity. Our inner longing for justice does not want to see the murderers and rapists and tyrants receive mercy. We want to see them punished for their crimes, because THEY DON’T DESERVE GRACE. Which is true.

The only problem is: neither do we.

And here’s where Wonder Woman can teach us. When we deal with those who have wronged us or others, we need to believe that we have all fallen short of God’s standard and are deserving of death. We have all taken the path of self-seeking narcissism to one extent or another. If we truly believe that we are all fallen, then we can settle on the truth that it’s not about what we (or they) deserve. It’s about grace. And it’s about God.

So, as you go out this week, you will be disappointed in people. Someone will hurt you or embarrass you, or fail to come up to your standards. And you will do the same to someone else. But instead of withholding forgiveness or berating them for their sins, remember: It’s not about what they (or we) deserve. It’s about what you believe. And I believe in the power of grace.

I'm an Arts Director and Chaplain who wants to talk about the places I see God: in comics, movies, the stage, and the church.

Something to say? Cancel reply